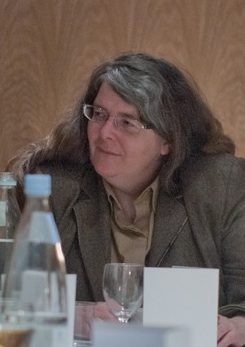 Dr. Kate Fleet was educated at School of Oriental and African Studies, University of London, where she did her B.A. in Middle Eastern History and Arabic and her Ph.D. on the commercial relations between the Turks and the Genoese 1300-1453. She was appointed to the Skilliter Centre in 1991 and became Director in 2000. She is Graduate Tutor at Newnham College where she is a Fellow.

Kate Fleet has taught Ottoman history at SOAS, and Ottoman history, Middle Eastern history, modern Turkish history and Ottoman and modern Turkish at Cambridge, where she was the Newton Trust Lecturer in Ottoman History in the Faculty of Asian and Middle Eastern Studies and the History Faculty from 2001 to 2011. She was Co-Editor of Eurasian Studies from 2002 to 2006, Editor-in-Chief of Turkish Historical Review from 2008-2018 and has been an Executive Editor of the Encyclopaedia of Islam Three since 2012. 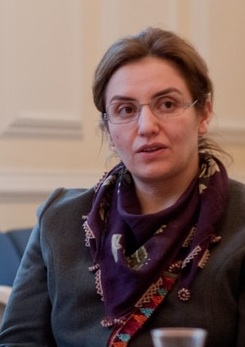 Professor Ebru Boyar studied international relations at the Middle East Technical University in Ankara, specialising for her M.Sc. on the development of national identity in Algeria. She then did a Ph.D. in the Faculty of Asian and Middle Eastern Studies, University of Cambridge, on late Ottoman and early Republican representations of the Balkans. She is Professor in the Department of International Relations, Middle East Technical University, Ankara, where she teaches Ottoman, Turkish and modern Middle Eastern history. 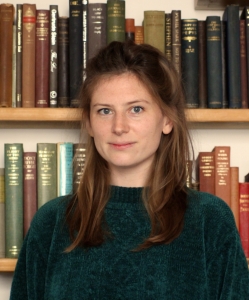 Eve Lacey is Librarian of the Skilliter Centre Research Library & Archives and Assistant Librarian at Newnham College Library. She is a Chartered Member of CILIP (the Chartered Institute of Library and Information Professionals). She studied English at the University of Cambridge, and Library and Information Studies at University College London, where she was awarded the Mary Piggott Prize for cataloguing and classification, the Sir John Macalister Medal for the most distinguished candidate on the MA, and the CILIP Student Prize for exceptional achievement in the field.

She contributed to a chapter on Newnham Library’s early history in Walking on the Grass, Dancing in the Corridors : Newnham at 150 (ed. Gill Sutherland and Kate Williams; Profile Editions, 2021) and won the Persephone Essay Prize for her work on a special collection from the Persephone Press (later published as “Katherine Mansfield, in the Archive and the Hereafter”, in Katherine Mansfield and Psychology, ed. Clare Hanson and Gerri Kimber; Edinburgh University Press, 2016). She was previously awarded the David Almond Fellowship and published “Child’s play: illustrated bodies and traces of disability”, Textual Practice, 30:5 (2016), 795-813. She developed her MA dissertation into an article (“Aliens in the Library: The Classification of Migration”, Knowledge Organization 45.5 (2018): 358-79) and, in 2021, she delivered the Jack Mills lecture on classification and co-authored a chapter on “Cataloguing, Classification, and Critical Librarianship at Cambridge University”, in Narrative Expansions (ed. Jess Crilly and Regina Everitt; Facet Publishing, 2021).

Eve Lacey has written about the Eckstein Albums and delivered a presentation on this Skilliter archival collection to the Anglo-Turkish Society. She has contributed bibliographies to Library and Information History journal and translations of Turkish entries to the Encyclopaedia of Islam Three. She managed the Ottomans Online seminar series and is currently researching the Halkevi libraries of the early Turkish Republic. 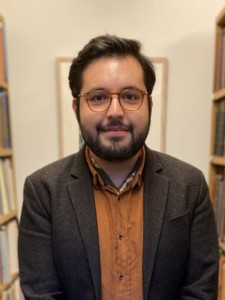 Mehmet Doğar studied at the Department of International Relations, Middle East Technical University, Ankara. His Master’s thesis, supervised by Professor Ebru Boyar, was on Turkish-Italian diplomatic relations between 1932 and 1939 with a specific focus on the Turkish perception and portrayal of the Italian threat. He is now doing a Ph.D. in the Faculty of History at Cambridge, where he is generously funded by a Harding Distinguished Postgraduate Scholarship. For his dissertation, under the supervision of Dr Kate Fleet, he is working on socio-economic relations between Turkey and Italy in the interwar period.

His research interests include the socio-economic history of the late Ottoman Empire and the early Turkish Republic, Turkish foreign policy in the interwar period (specifically relations with Italy and Britain) and Italian colonialism in the early twentieth century. 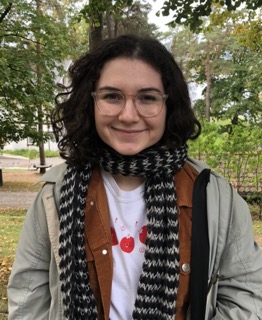 Gabrielle (she/her) is a second-year PhD student in ninth-century Arabic literature at Newnham College, University of Cambridge. Her thesis focuses on the representation of the Turkic military guard in ninth century Arabic praise writing. More specifically, she looks at the impact of praise forms on the image of the Turks in al-Jāḥiẓ’s epistle The Merits of the Turks and the poetry of al-Buḥturī.

Prior to studying at Cambridge, Gabrielle received an MSt in Comparative Literature and Critical Translation at the University of Oxford where she completed a thesis entitled ‘“The world you saw was real,” Reader: Approaching the Formalisation of the Everyday in Nâzım Hikmet’s “Rubailer” through Ibn Ḥajar’s Maqāṭīʿ.’ This project investigated the potential of transhistorical comparison to develop thought on Hikmet’s Turkish poetry through dialogue with fourteenth/fifteenth-century Arabic poetry.

Other research interests include the reception of al-Jāḥiẓ and multimodal translation. She is currently organising a conference for postgraduates and early career researchers entitled ‘Forming Words, Forming Things: Changeable Forms across the Mediterranean, 500-950.’ 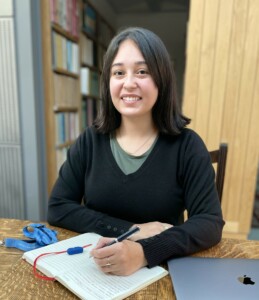 Elif Yumru completed her B.A. at Koç University in Istanbul, double majoring in History and Archaeology and Art History. She then did an M.A. in the History department at Sciences Po Paris where she received the René Seydoux Scholarship. Her Master’s thesis, supervised by Professor M’hamed Oualdi, focused on the theme of public image though the case study of a nineteenth century Ottoman-Egyptian female figure, Princess Nazlı Fazıl (1856/7-1913). It aimed to understand how and why Princess Nazlı became a political actor and a public figure in the nineteenth century in the Ottoman, British and French press.

She is now doing a Ph.D. in the Faculty of History at the University of Cambridge, funded by the Cambridge International and Newnham College Scholarship. Her research at Cambridge, which is supervised by Dr. Kate Fleet, aims to explore the emergence of public opinion of Ottoman women in the Ottoman Empire from the 1870s, with the emergence of the Ottoman press to the outbreak of the First World War in 1914.